I was grumpy. Thankfully, so was Magda. Suffering is always better with company. Forty-some miles into our dawn-to-dusk jaunt from South Lake Tahoe to Truckee, I was out of water, nearly out of Cheetos, and staring uphill at another 2,000 foot climb.

To be clear, I love running. I especially love running up hills. But at that moment, everything sucked.

With nothing to do but commiserate about our leg pain and remaining snacks, I asked Magda “why do you run so much?” As an elite ultra racer, she’s spent the last twenty years on podiums around the world. Which also means she’s also spent the last twenty years skipping boozy brunches for Saturday long runs, not snoozing her alarm for tempo workouts, and lacing up her shoes twice a day to stay in ridiculously good shape.

So, naturally, I wanted her secrets. With twenty miles to go, I had the time to find out.

“That’s a loaded question, but first and foremost I love training.” If anyone else had said this to me I would have called bullshit, but I knew it was true. Even on long runs she rarely stops smiling. 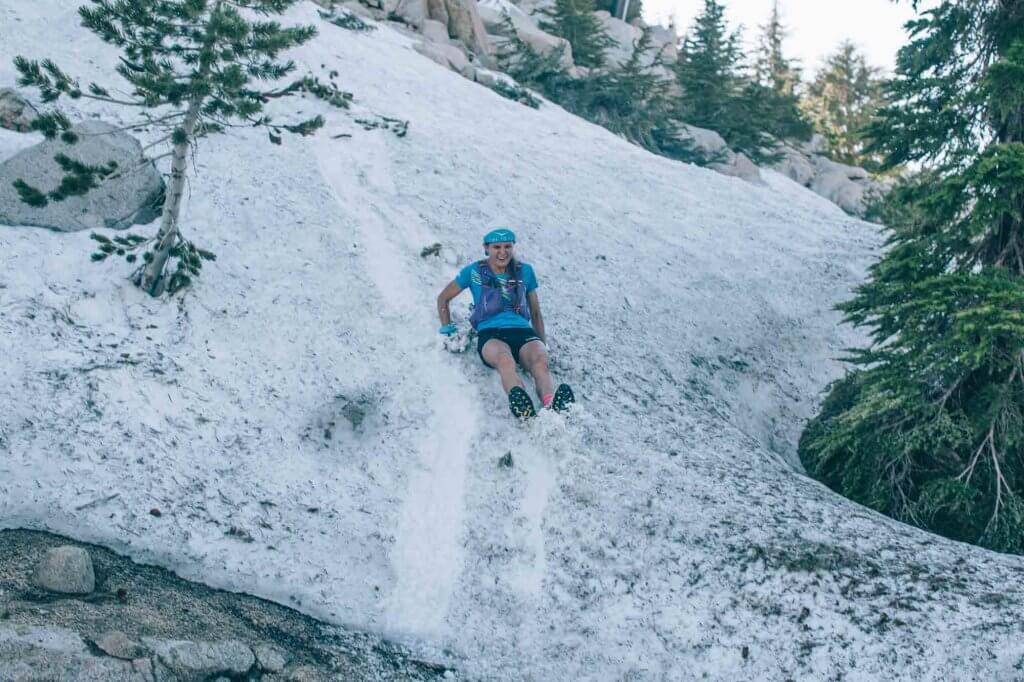 “Maybe the biggest thing is that I use running as an example to my son Owen. He sees me train every day, he sees the passion I pour into it and the sacrifices I make, and he sees how sometimes it all pays off. He sees me enjoy the process. He sees me push through low points. He sees me fail and get up to try over and over again. And now Owen is discovering running for himself.”

Slogging up that hill, I started to wonder what motivated others. Magda’s answer was perfect for her, but probably not fit for everyone. Sometimes questions like this fade as quickly as the endorphin highs that spawn them, but this one was different. So I spent the last month running over 300 miles of trails, asking my closest companions why they love to run.

“What a tricky question. I often ask myself this and even though I’ve spent countless hours putting one foot in front of the other I still don’t have a concrete answer,” said Rebecca, next in line for questioning.

“Every day I run it looks a little different. Sometimes I run to feel connected with others, sometimes I run to have time with my own thoughts. Sometimes I run to feel fast, but more recently I run to just move through space at whatever pace my body allows. Running has given me a multitude of things: strength, speed, confidence, friends, lots of rolled ankles, and knowledge of every chafing spot you can imagine. But, most importantly, running has given me the opportunity to grow into this person I didn’t know was inside me, thanks to the help of the people I have shared happy, and sometimes grumpy, miles with.” 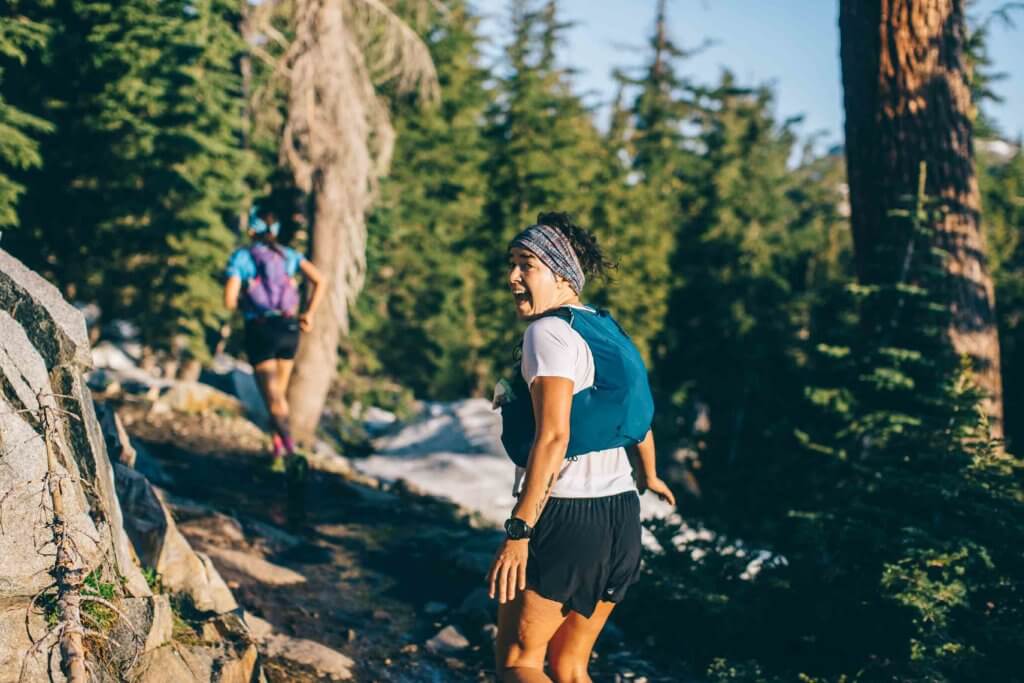 Her response resonated with me. Every once in a while running gives me an answer that I probably wouldn’t find otherwise. I stewed on the question during a week of solo runs, then woke up early on Saturday for another full day in the mountains with friends. I followed Sam up our first big climb, both of us wrangling as much oxygen as we could out of the thin air. Cresting over the top, I stopped to take a pull of water and then put him on the spot, asking him why he said yes to this adventure.

Still out of breath, Sam was brief “I used to combat mood disorders. Running has given me the tools to bring myself from the darkness. It’s a natural medicine. There is nothing like the feeling of flying through the mountains. It was an easy yes.” Close behind us I heard Reed reach the summit and without pause turned to ask him the same thing.

“I wasn’t cut out for football as a middle schooler, so I joined the cross country team. It was an arbitrary move, but it became a part of my DNA. When I was younger it was about trying to be as fast as possible, always thinking about splits and personal records. After high school I felt burned out and gave up running for a number of years, but not long into true adulthood I rediscovered it as a way to cope with everyday stresses and anxieties. Over time running began to feel like less of a chore and more of a form of sustained meditation and clarity, something to look forward to. Now it’s a way to connect with friends and community, to spend long days exploring, to get to that odd convergence of joy and transcendent pain, and a way to burn an absolute ton of calories and make up for it in beer and pizza.”

I spent the rest of our run–nearly twenty five miles–thinking about the odd overlap between joy and pain, and of course what kind of pizza I would order when we finished. We wandered up and down valleys, took breaks to jump in alpine lakes, and eventually found our way back to the trailhead by mid-afternoon. The pizza that followed was delicious, but somehow, I remember being less happy in the restaurant than I was three hours earlier, begging my legs for a few more miles.

A week later, still on my hunt for answers, I ran the Teton Crest Trail with friends and used it as a platform to get real. “I guess it started in elementary school. I heard they gave out popsicles at the end of practice so I signed up,” joked Sam, in her typical unfiltered manner.

“I love that there is no ceiling, no known limits. All you need is a pair of shoes and the drive for a good challenge. I used to be incredibly shy and timid and running helped me change that. Whether in a competition, a hard workout, or a long suffer fest in the mountains like this, there’s nothing better than getting through it and feeling like you truly accomplished something. Plus, numb legs, salt covered skin, and a full heart. That’s how the best friendships are formed.” 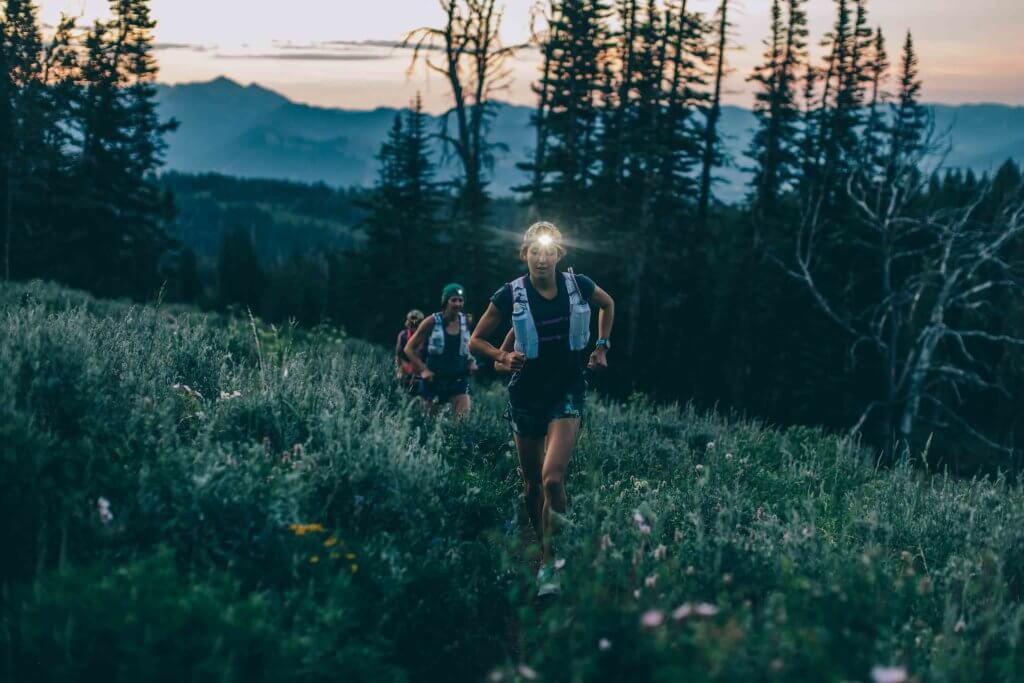 Alli laughed, then agreed with Sam “Running has shown me that I am capable of digging deeper than I ever thought possible, that I am capable of giving more than I think I have. Running has taught be to believe that anything is possible. There’s almost childlike wonder in this ability to be fiercely optimistic. I wouldn’t call it “fun” exactly, but sharing big days running in the mountains with friends certainly forges bonds that are some blend of suffering and joy.”

The consensus continued to build as Dani chimed in “I also run to connect. I run to connect with myself. As an extreme extrovert I often find the only time I enjoy being alone is when I’m running. It is a time for me to reflect and untangle the web of thoughts and feelings in my mind. But I also run to connect with others. Sharing a long day on the trail is a rewarding experience. Between the conversations and long stretches of silence, I’ve found some of my most profound connections while running.” 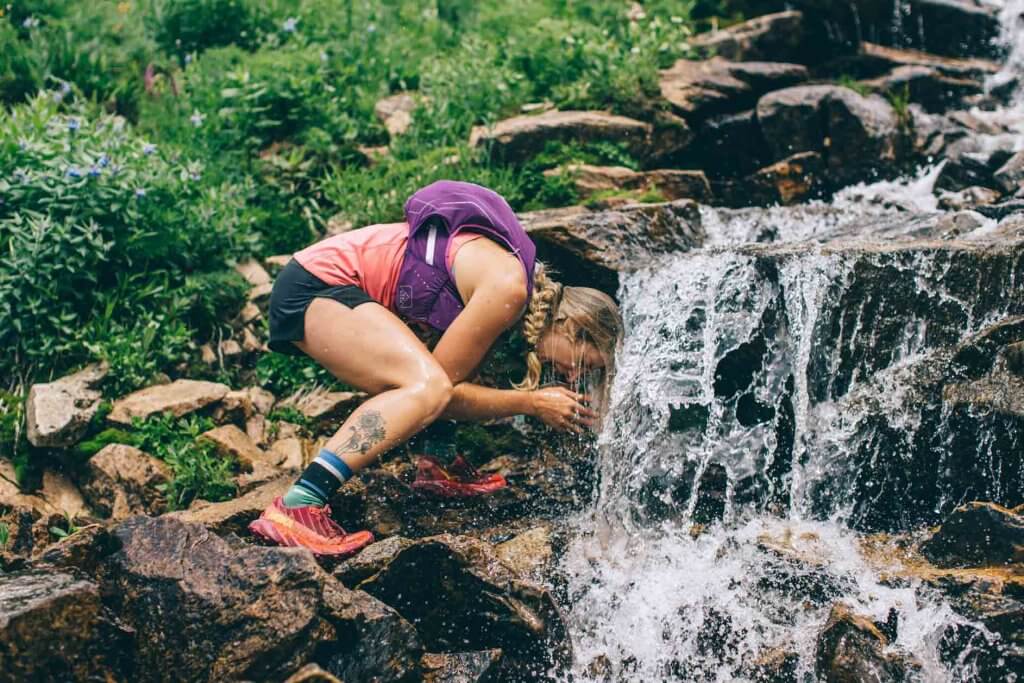 Stephanie’s answer–completely uninformed about the response Dani gave second earlier–was eerily similar. “Simply put, I run for connection. Running connects me to the things that enable me to live fully. I run because getting outside, moving my body, chatting with friends, and letting my mind wonder is what connects me to myself: nature, the great spirit, my humans, and my living, breathing, functioning body.”

After a pause, she continued “I have learned a lot about where my mind can go while running. I have peeled off a trail to sit and cry. I have found that discipline and commitment to running has made me a better teacher, wife, friend, sister, daughter. I know how to stay calm in the face of challenge. I also know that I am freaking capable of anything. Running connects me to my being and I am stronger for it.”

Running is a little different for everyone, but almost always simple. It comes with the freedom to move, look, listen, and breathe without the complexities of the rest of our lives. That space allows us to find and connect with things we might not otherwise. 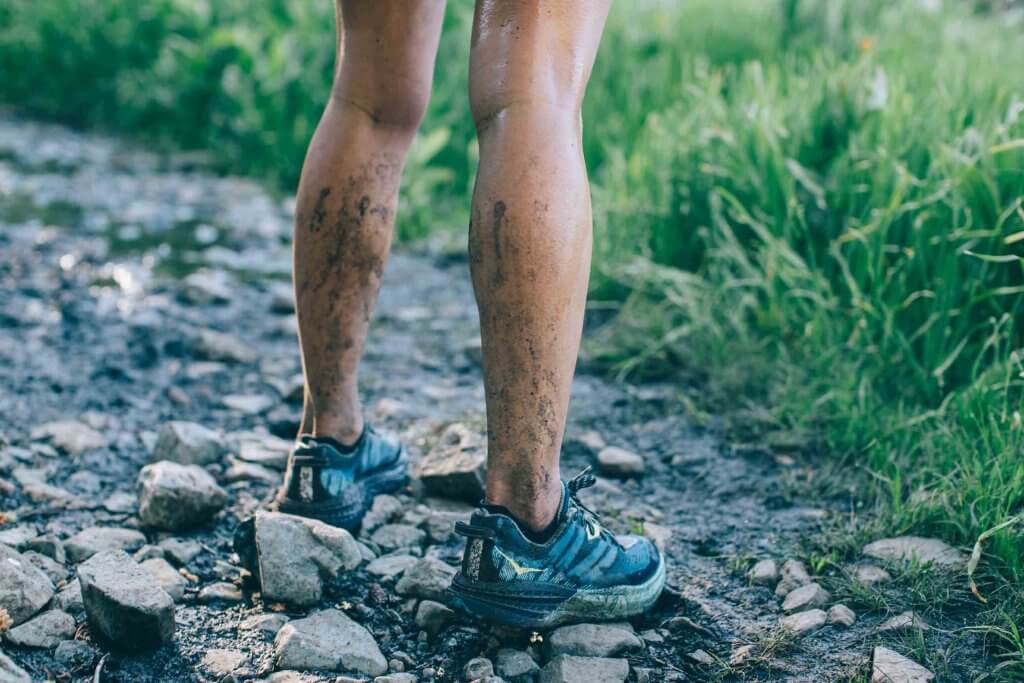