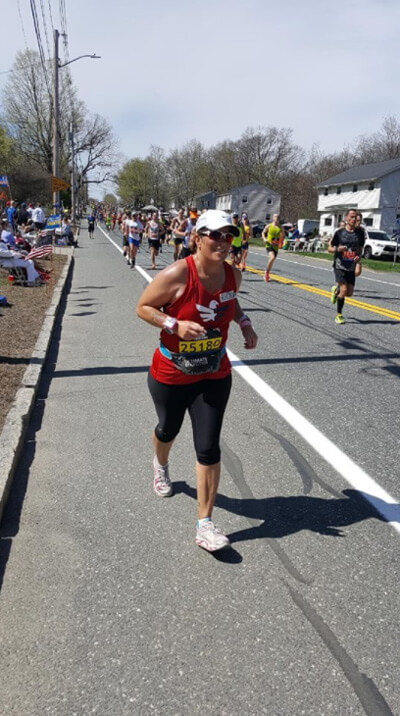 “In 1999, I was diagnosed with Parkinson’s disease. Prior to that, I was training to run a marathon. I was extremely tired, even for training, and I had a tremor in my right hand that wouldn’t go away. I never did continue training for my marathon. At that point, I had never run a single road race, but I had been a runner on and off for many years. I just enjoyed it for the solitude, especially since I had three young boys all under the age of 10. In 2004, I had a new surgery. It was not a cure, but it could slow down the progress. I sat around feeling sorry for myself for years. Then, my middle son asked me, ‘Mom, when was the last time you ran?’ He decided that we were going to try and run a little. This was the secret. I could run and it felt so good — all with Parkinson’s at 54 years old. Since then, I have run 62 marathons, eight 50Ks and 143 half marathons plus numerous shorter races.” – HOKA fan Rhonda Foulds