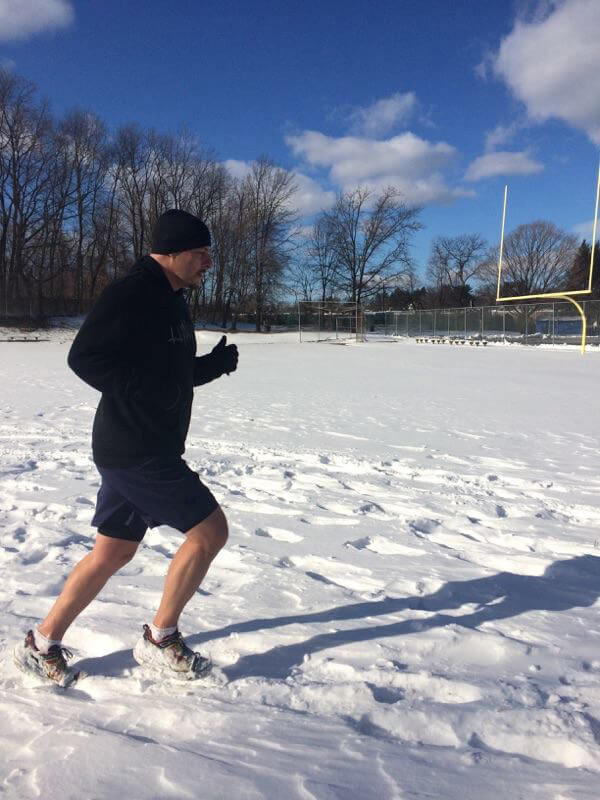 “I was initially injured when I was assaulted during an armed robbery. That led to three back surgeries and chronic pain. Later, I was hit by a drunk driver, and when I regained consciousness, I was told that I’d never walk again. I was more scared than I’d been in my life. I wouldn’t allow myself to believe it and knew that I had to fight with everything I had to walk again. Every day involves pain for me, but finally, I can run. Emotionally, running has been the best antidepressant I’ve ever taken for my injury-related PTSD. Physically, it helps to keep my muscles loose and strong. I’ve also lost 56 pounds since becoming more active. My motivation to run a marathon was to prove to myself that I could do the ‘impossible’ and give hope to those suffering with chronic pain. My race mantra is simply, ‘If you’re not moving, you’re not living,’ and that reminder keeps me going. The 2016 TCS New York City Marathon was my first full marathon. I collapsed at the finish line with sheer emotion, joy, some disbelief and pride — I think I cried for 10 minutes. Now, I have hopes to run an ultra and several more marathons.”- HOKA fan Dave Scarpello